This is a 1 hour introductory lesson in an 8 week Year 10 unit of work entitled Eve to Lady Gaga: Woman’s Voice in Literature, Film and Song. It is designed for a mixed ability class of both male and female students in a 1:1 learning environment. Students have wireless access to the internet and to the College intranet where they are able to post blogs and to ‘meet’ virtually outside school hours. They are already familiar with the Web 2.0 tools used in this lesson.

Bring up a series of images of recognisable national and international female public figures, asking students to raise their hands when they agree this person is a person of influence. Finish with a picture of Lady Gaga. Refer to the 2010 Times article which lists her as one of the top influential people of 2010. http://tinyurl.com/35w4jp8   Facilitate a discussion on why this may have been so and whether this is still the case.

Students will be asked to move into their collaboration groups. (Collaboration groups consist of 5 students each of whom is directly responsible for an element of a task – roles may include collecting and adding images for a presentation, writing the script/voiceover for a presentation, finding and adding the sound/music for a presentation, managing the editing and sequencing of the presentation tool, presenting to the class. Students will work in their area of strength) Their task is to use their devices to discover the controversy surrounding Gaga’s song “Born This Way”.  Using one of the following tools (iMovie, Final Cut Pro, Voicethread, Educreations, Prezi, Glogster, Animoto, Puppet Pals) they have the remainder of the lesson to develop a 1-2 minute presentation about the controversy

a) speculating how differing responses reveal values systems or worldviews

b) whether these responses might empower or disempower individuals

c) how social, cultural and historical contexts may influence responses to the song and

d) delivering the group interpretation and response to the song

Students are advised they will have 10 minutes at the beginning of the next lesson to organise themselves before presenting. They may have an online meeting in the evening to manage organisation if necessary. They may use the College Intranet or Facebook to collaborate. Students are also advised that the following viewing is necessary for the lesson after next. 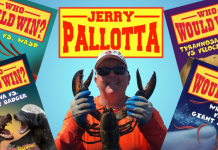 Who Would Win? Writing About Animals

Snapshot Writing Lesson – Being Descriptive by Appealing to the Senses

Design an App! A Digital Technologies Project for 4/5/6