This lesson teaches the cardinal points (north, south, east, west etc.) and how to describe where places on a map are in relation to one another. It places emphasis on using the correct prepositions. There is also some revision of superlative adjectives (“one of the largest rocks”, “the most easterly point”).

Write on the board “Australia”. If you are in Australia, write 3 quick discussion questions such as:

If you are outside of Australia, ask:

1) Draw the cardinal points on the board without labeling them. Ask students to name the points north, south, east, west and draw the labels on. Then continue with northeast, south-east, south-west, north-west.

2) Draw a map of Australia (or the country you are currently in) on the board and mark two cities. If you draw Australia, for example, mark Sydney and Melbourne. You will now introduce the various prepositions that the students will need to complete the map task. It will be useful to write these somewhere on the board that you can leave them while the students start the map task (then perhaps rub them off to challenge the students more).

Ask students for ideas to fill the gaps and elicit “north-east” “of”. Now write, with students’ help:

3) Ask students which state Sydney is in and elicit: “Sydney is in New South Wales” and “Melbourne is in Victoria”. Write:

4) Draw an Island off the coast of Australia (or your country), for example Lord Howe Island, which is off the coast of NSW, roughly half-way between Sydney and Brisbane. (Don’t draw one of the islands that is used on the Australia map handout.)

5)  Elicit “coast” for the point where the land meets the sea. (Trace your finger along the coast of your map on the board.) Write:

5) Draw in Perth and Darwin. Ask “Where is Perth?” and accept (and write on the board if necessary) correct answers, such as “It’s on the west coast of Australia” / “It’s in W.A.” / “It’s in the south-west of W.A./Australia” / “It’s west of Sydney”. Do the same thing for Darwin to reinforce the prepositions.

6) Write the following two questions on the board:

7) Split students into pairs and hand out one copy of map A to one student in each pair and one copy of map B to the other. Tell students not to look at each other’s maps and enforce that they don’t. (You could sit each pair facing each other so it’s less
tempting to cheat.)

8) Draw students’ attention to the lower-left box on the map and explain that they need to find out where the places in the box are, and why they are famous, by asking their partner questions 1 and 2 from the board. When they find out they need to write the name of the place and why it’s famous in the correct blank space on their map.

10) Once students have talked about all the different places on their maps they can look at each other’s maps to check.

11) Join pairs together to make groups of 4 to discuss the following questions:

This work is licensed under a Creative Commons Attribution-ShareAlike 3.0 Unported License. 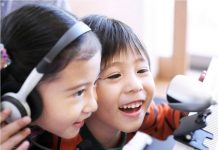