This history unit of work is aimed for a year six class and is on the topic of Historical Knowledge and Understanding / Australia as a Nation. The content descriptor that correlates to this unit of work is as follows: Key figures and events that led to Australia’s Federation, including British and American influences on Australia’s system of law and government. Identifying key elements of Australia’s system of law and government and their origins (for example the Magna Carta; federalism; constitutional monarchy; the Westminster system and the separation of powers – legislature, executive, judiciary; the houses of parliament; how laws are made).

Importance of this unit of work

This topic is important as it is one that grasp a foundation of , that can be built on in high school in more depth. The importance of government is highlighted in students every day lives, as it is broadcast over television and in print with students being exposed to it on a daily basis. Students discover the importance of laws, which they have to abide by, in order to live freely in Australia. Students will develop and understating of lobbying, candidates, and preferential voting and how these are implemented in Australia. Students will gain an understand on the processes involved in creating and passing a bill. The roles and duties of the members of parliament are explored along with the upper and lower houses of parliament. This forward planning document encompasses the three levels of government and therefore deals with local, state and international issues. This is important to investigate, as students may not understand that the government cares for their local bins, parks and other areas in the community.

The first lesson focuses on students identify the importance of having rules in society and why they are important. Students will be able to identify the negative effect that having no rules or laws has on society. This leads into the second lesson as we transition from the importance of laws to the roles of the various members in parliament and the processes that are involved in creating and passing of a bill (creating a new law, or changing and existing one). The third lesson works on developing what was taught in the second as students will take on a persona of a member of parliament and write a short argument on their views about the homework bill.

The final lesson in the unit of work incorporates ICT and interactive whiteboards as students bring together ideas from previous lessons to formulate an effective advertising campaign that would be used to influence the public’s decision of passing a bill, and changing a law or creating one.  This lesson covers elements of all the previous lessons. For example students create an advertising campaign, which involves, the laws created by the government, the three levels of government and lobbying.

Please click on the link below to download this unit with accompanying resources, links and assessment checklist: 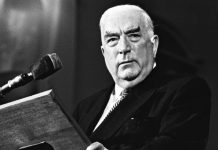 Australian Government Lesson Plan – Law making in the House of...