In this lesson plan, students read the book ‘Tom and the Island of Dinosaurs’ by Ian Beck. They then become archaeologists and use sandpits with plastic dinosaurs in them to record data. It’s a fun lesson that relates to real-life experiences (as well as being on the topic of ‘Dinosaurs’) and will be sure to have your students excited about collecting and representing data.

Children are read the book ‘ Tom and Island of Dinosaurs’. In pairs, students are provided with a tray each (representing part of the island of dinosaurs). They are asked to find out ‘ what dinosaurs were buried when the volcano erupted?’.
In pairs, working with the above tools, students pretend to be archaeologists and search for dinosaurs. Together students decide how to sort and classify their discoveries (reasoning), before counting their collections.
Students record and represent their findings with drawings to show how the dinosaurs have been grouped, compared and counted
(communicating). Children make statements to describe/interpret their data using language comparisons. This may be scribed by the teacher. The teacher interacts throughout by asking questions and discussing findings. This enables the children to justify and reflect on their thinking strategies.

The above experience is implemented however this time students represent their date in a table using tally marks. 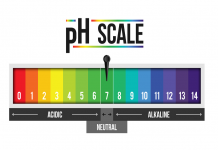 Learning About Area – A Geometry Lesson Plan Using Objects in...