In this lesson, students will learn how to read the Roman numerals.

Focus: Students attention at the smart board showing the Visual Roman Numeral Converter.

What Symbols are used for Roman Numerals? Roman numerals, as used today, are based on these seven symbols.

Remember these 3 steps on how to read the Roman Numerals: 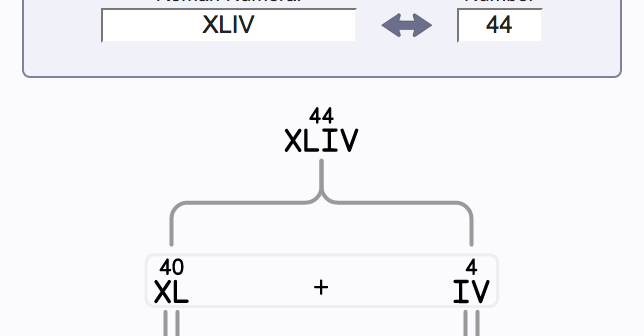 ABOUT US
Australian Curriculum Lessons is a FREE website for teachers and educators to access a vast range of lesson plans, teaching resources, posters, unit overviews and more. All resources generated by teachers for teachers and are aligned to the curriculum, so you don't have to. Feel free to share a lesson using the link to the right and earn some extra cash for your hard work.
Contact us: [email protected]
FOLLOW US
© Copyright Australian Curriculum Lessons 2013-2019